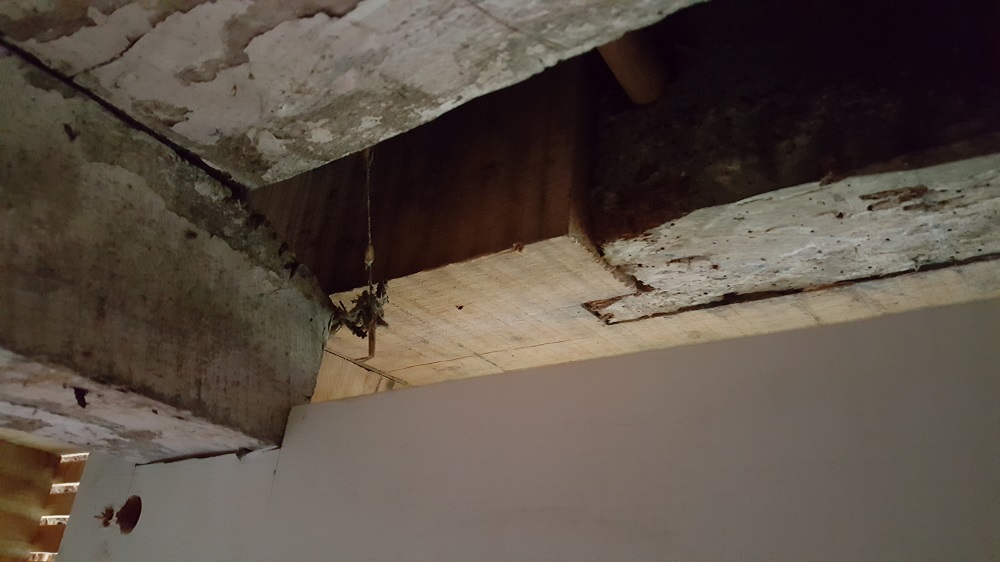 This little two bay, 17th century, timber framed cottage had been clad in hard cement harling, probably in the 1960s. Over time, the cement caused the frame to rot and fail. Here we see it being carefully removed, although it is so hard that it falls away from the fabric in great chunks! Unfortunately, it had done a good job of keeping moisture trapped against the timber frame, causing it to rot and turning the majority of it to dust.

These pictures show the skill of a local joiner, making a face-halved and bridled scarf joint. The new oak is then spliced onto the remaining wall plate. 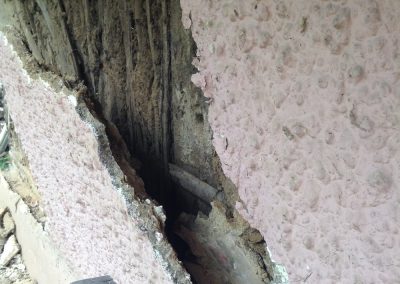 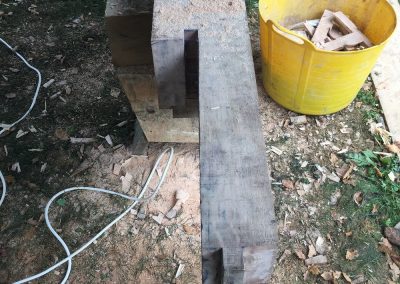 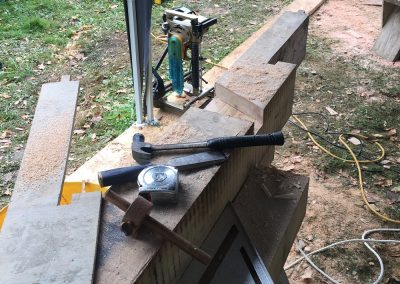 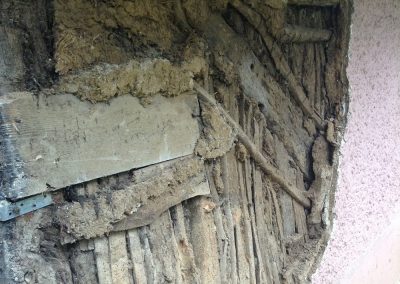 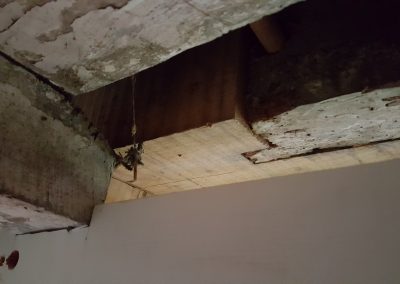